Health is above all.

Health is the most precious gift we all have, etc.

And although I totally agree, when people are talking about health it’s as if it’s not their responsibility but someone else’s (I know, what a surprise, it’s never my fault).

I keep hearing them all the time praying to God for keeping them and their family healthy while they smoke like a chimney, they eat a whole pizza or a kilo of ice cream every night in front of the TV and they often drink three liters of beer.

Some years later they have a heart attack or lung cancer and they pray (again) to God to save their poor asses.

Why my dear God? Why did you curse me like that? What have I ever done to you? I have been a good man for my whole life. You shouldn’t punish me like that…

First of all, there is no God, never was, never will be.

But even if there was one, I suppose he should have much more important things to do, than delivering strokes, cancers and heart attacks left and right.

The reason this *misfortune* happened to you is because you are a weak, lazy person who never took his ass off the couch and never ever, did he try to eat something a bit more healthy and nutritious in his whole life.

Heart attacks aren’t delivered based on a lottery.

99% of the times, there is no bad luck involved, only laziness and misinformation.

The fallacy of heredity

Before you go ahead and tell me words like heredity, bad luck, run over by a bus, etc. I will agree, there are many occasions where nothing could have been done in order to prevent the situation.

I might get outside my house and get struck by a lightning (there is actually a 1/1,190,000 chance for that to happen), but most of the times, we are personally responsible for whatever happens to us.

Take a moment here and try to think all of the times, that something bad happened to you or to someone you know. Although a bit sad, it will give you a clearer view of reality.

Was he really unlucky?

Was he eating healthily all the time? Wasn’t he smoking? Did he have regular exercise? Wasn’t he a drinker? Was he careful about the cosmetics he was using?

If the answer to all these questions is yes, then you might have found a rare occasion of someone who was doing everything right and he was just unlucky.

I know people love excuses, it’s much easier to blame luck, God or your mother for bad genes and misfortune rather than yourself for not being proactive. But remember. By making up excuses, you don’t get any better. And anyone who isn’t getting better, he gets worse. There is no such thing as stagnation in nature. You either go up or down.

What’s the best method not to get AIDS?

I am no doctor, but there is one thing I know for sure.

Pro-activeness will take you a long way. Not only health wise but in every aspect of your life.

What’s the best method not to get AIDS?

Well, you can always try not to have sex – which is a bit extreme because sex makes you feel you know…nice.

Or you can always take all the necessary precautions, like wearing a condom (only while you’re having sex).

Believe it or not, this method works wonders in most occasions.

You don’t want to get obese and die by a heart attack? Eat properly.

You don’t want to feel weak and without energy? Exercise regularly.

You want to live forever? Sorry, not possible.

But you can surely not only prolong your life but also live healthily, full of energy and with very rare sicknesses.

By just being proactive you will save yourself a ton of problems, which will later cost you time, money and mental or physical stability.

Easier said than done. I know.

Being proactive about everything isn’t always easy. But like everything really valuable, pro-activeness is a skill that needs to be trained as well.

First and foremost you need to be eager to learn. I know that you already think you know, but trust me, you don’t.

Everything you have heard by your mother, your friends or any other average person, is most probably wrong.

Always research. You should never believe anyone, simply because he said so.

Example: My mother told me since I was a little kid that, milk is good for me and I should drink a lot of it, to grow a tall man (just for the record, that never happened – the tall man part I mean).

Where did this come from? How does she know? Although I have never asked her directly, I can be pretty sure that she never conducted any experiments about milk, neither did she search for many credible resources about the positive effects of milk.

How did she know then? Most probably her mother or some other friend told her. And since her mother told her, it should be true.

A few months ago, I decided to make my own online research about this issue. Most of the evidence I found was that cow milk (we all drink like maniacs as if it’s produced by sacred cows), not only it won’t make any good for you, but it can actually be very harmful in many occasions.

I discovered that, milk companies in order to maximize their profits, they give cows, many antibiotics, growth hormones, etc. All of these harmful substances pass into the milk, which you and your kid are drinking.

You follow my logic? I was drinking cow milk for almost 30 years, simply because my mother had heard somewhere it’s good for me.

The second major advantage of being truly proactive is that your final actions will be based on your rational thinking and not your emotional reaction (which will most probably be wrong).

An example would be, when you have a well-planed diet. No one is ever planning a diet with pizza, french fries and chocolates in there. Yet we eat them. Why? Because our emotions take over at the moment we are hungry or due to low will power. Making sure you always do everything according to a plan, will eliminate those catastrophic emotional reactions. 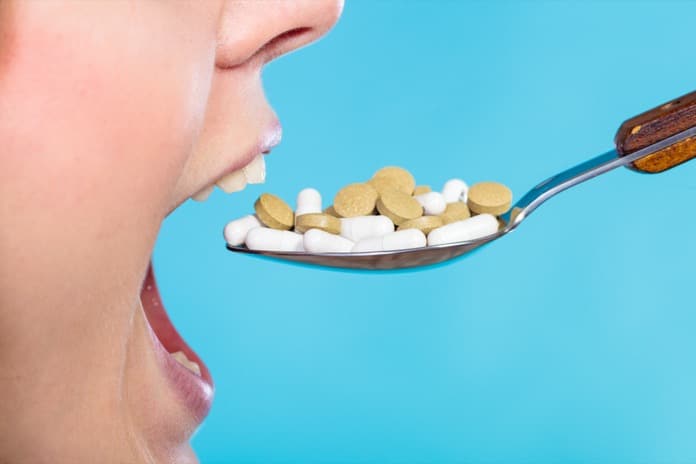 When I started to follow this model, I initially faced two difficulties:

Problem #1: It’s practically very difficult to research about everything.

I know, but we talk about your health here people. Remember? It’s almost as valuable as money! Joking of course.

But you get my point. Without being mentally or physically healthy, you cannot perform at a high level and you will most probably not achieve anything great in your file.

Although time is the most precious resource, we can all afford to spend some time learning about health issues. Don’t be lazy, make a well thorough research on every topic you might think of as important.

Someone told you that matcha tea is beneficial for you? Make your own research in case you want to try it out.

You don’t need to research on everything. You are not a philosopher. You don’t have to know what are the benefits of a super rare nut that only grows on some remote village in Argentina. Unless you wanna consume it, you don’t really need to spend any time researching about it.

Problem #2: How can I trust these resources?

You cannot really trust a single resource no matter how authoritative it may be. Always try to look for high-quality resources. See? it’s plural. Resource”s”. The best practice I have found here, is to make a lot of research in the beginning until you find some authoritative resources you trust.

You can always distinguish good ones from bad ones mostly based on the amount of scientific evidence they provide. Are their conclusions based on facts? Or they have simply heard it somewhere? (like my mother).

The more scientific evidence you see, the better it is. If you cross-check from 3 or 4 studies that milk is bad, then it is bad.

*Important note: Even if the source looks “medically approved”, “FDA approved” etc, this might mean nothing.

During the 70’s, a war between John Yudkin and Ancel Keys begun. John Yudkin in his book “Pure, White and Deadly” was claiming that sugar is catastrophic for the human body with many “hidden” implications. Ancel Keys was claiming that fat was only to be blamed about obesity, and heart diseases and not sugar. A war between sugar and fat begun, and finally, many large “official” organizations, among them the British Nutrition Foundation claimed that fat should be banned from our nutrition. This was of course later proven wrong by a lot of studies.

Nowadays, the harmful effects of sugar are more known but still. All we hear on the media is about low-fat products high in sugar. Do you even know that good quality fat is in our nutrition for millions of years? On the other hand, white table sugar is an invention of only 300 years old.

The reason behind this is, that major organizations like these, are very often controlled by large corporations. These very corporations have every reason to tell you that sugar won’t harm you, or that milk is beneficial for you because they make billions from the consumption of such commodities every year.

If everything else fails, this is the golden rule of health I personally use. When I am not sure if something is good for me or not I take the path of the caveman. I search to find if this food, substance or commodity was available during our evolutionary past.

If cavemen didn’t eat it, most probably I shouldn’t eat it as well. Moreover, our ancestors were living an extremely minimal life. They were eating very few calories per day, and they had only a local variety of foods available.

But remember, this in only a rough guideline. You should only use it when you are in doubt about something. You cannot design your whole life around it.

Cavemen didn’t have cellphones for example. But it’s rather impossible to live without your smartphone today. Nobody likes to breath toxic wastes, but it’s very difficult to live in the mountains. Always make your due diligence and try to find a good balance between those two.

Health is a huge topic and virtually impossible to analyze in a single post. What I want you to get from this article, are a couple general, yet vital points:

For starters just avoid sugar all together. More tips will follow.

Let’s hope you aren’t livin’ on a prayer…

Moreover, give this post a share if you think there are more people out there who still believe health is a matter of luck.