Among my favorite phrases of all time.

Although I cannot complain about what my mother offered me as a child, I sure have heard this phrase a lot of times.

A golden goose, a money printing machine, and all this *special equipment* someone needs to make some serious money.

The main inspiration about today’s post was a startup company summit that was held in my city a few days ago.

Apart from all the technical stuff (which are not that important) I have also seen a whole different world of successful people with well-worked mindsets.

The true catch, though, was not the summit or the mindsets, but a single phrase one of the keynote speakers (Nikos Bonatsos) said at the end of his speech. The guy is Greek, but he left Greece a few years ago in order to work as a venture capitalist for General Catalyst.

What he said was:

It makes perfect sense not to see many successful entrepreneurs. How would it be possible for anyone to become successful when he hasn’t seen how success looks like.

It really hit me in the head. It was one of these a-h-a moments you have in your life and they alter your reality, possibly forever.

It made perfect sense to me as well. If you grow up among average people, you subconsciously set your success limit according to their level.

Nobody wants to destroy you on purpose, your mother and father love you very much (I assume), your friends want your best interest as well.

Then what the hell is going wrong?

It’s very simple. They are people with average mindsets, average skillsets but most of all, average ambitions. Like you did, most of them have already grown up in such a similar, *un-inspiring* environment as well.

My mother didn’t have a money tree (I know for sure now), because she grew up, believing it’s impossible to plant such a tree. Her father and mother, her schoolmates and her whole environment had never seen such a tree.

To be honest, I didn’t believe it was possible to plant such a tree a couple years ago. It’s pretty damn hard (or should I say – impossible) not only to imagine of something that you have never seen but also to believe in it as well.

The law of averageness

I am not just talking about social conditioning here. I am talking about a 100% broken reality. By the time someone of us is born, all he sees is averageness. People with no ambitions, living paycheck to paycheck and waiting to die quietly a few years later.

People who aren’t going to be missed by anyone if they’re run over by a bus – OK maybe I’ve gone too far, they will be missed by a few (mostly relatives).

I don’t know about you, but I had (I still do sometimes) a very hard time, leaving this kind of environment behind me. I have given up with most of my friends, I often disagree with my mother on many issues, I even have a hard time having a conversation with most of my girlfriends.

People just don’t get it. Most probably they will never do. Success and greatness are 100% out of their reality. In fact, it’s so far out of their reality, that every time I mention words like success, money and abundance they look at me like I am some crazy scientist talking about space trips to Mars.

The worst part is that none of us can consciously understand what is going on here. Having a cheap-ass neighbor, or friends and family with a scarcity mentality, poisons your mind with averageness.

You are taught to be poor, average and unsuccessful, not because your family or friends want you to be, but simply because they are themselves.

As a kid, you have all the mechanics in place to help you stay alive in the jungle. Remember this is how you are programmed by nature. On the other hand, these mechanisms might become evolutionary traps if you don’t learn how to overcome the default mode. Two of these mechanisms are:

As a child, when you were born into the jungle you had some automatic mechanisms in place, that could improve your chances for survival and reproduction. Mimicking what other people are doing is such a mechanism.

If you really think about it, that makes perfect sense. If you see someone else doing something and surviving, your brain subconsciously draws the conclusion that this is OK to mimic. Energy preservation (laziness) will take care of the rest, making sure you won’t try to think and act differently. Actually, this is one of the most powerful weapons, we as humans have. We have a pretty amazing skill in copying other people’s behavior, mannerisms, acts, etc.

Most of the times we don’t even have to discuss about it. Monkey sees, monkey does. If you see you father struggling through his whole life, you pretty much assume this is the way that it’s supposed to be. If you see all your friends growing up becoming average people this is the level you are going to set for yourself as well.

If your father told you, that money isn’t easy to make, who are you to say the opposite?You take his words for granted, and you can only dream about this Ferrari, you once saw passing by.

Mechanism #2: Be part of the team

The second mechanism that has serious implications is very difficult to overcome as well. Again, based on evolutionary reasons, we want to be liked by other people very much. Nowadays having a few people that don’t like you might be OK, back then though, this was a very serious issue.

Nobody wants to be disliked by his social circle. And we try to protect ourselves from becoming unprepossessing all the time. We want other people to like us, so we try to “blend in” in every environment we are.

Although on average it is a good tactic not to break the rapport with average people, it can be very dangerous. Average people tend to be lazy, unproductive, with scarcity mentality and a boatload of other beta characteristics on them. Whether you like it or not, in order to blend in, you will have to adopt some of them in order to become part of the team.

Example: One of the most typical examples (especially here in Greece) is when you find yourself among a company and they start to talk about the economic crisis. You hear phrases like, “we get screwed by the government”, “we can’t stand this anymore”, “life is unbearable” etc. And all I can do is a nod and say, “Yeah, you are absolutely right. I can’t stand these fuckers.”

Now, you see the obvious problem here? The problem is that I don’t really give a fuck about the government or the crisis. A man who is destined to succeed will succeed anyway, but I have to “agree” on a superficial level in order to maintain rapport with these average people. Although I know consciously that I don’t give a tiny rat’s ass about the government or the crisis, hearing these useless messages all day long ruins my reality a big time.

May the force be with you

So here they are two opposing forces. Two voices I have inside my head. 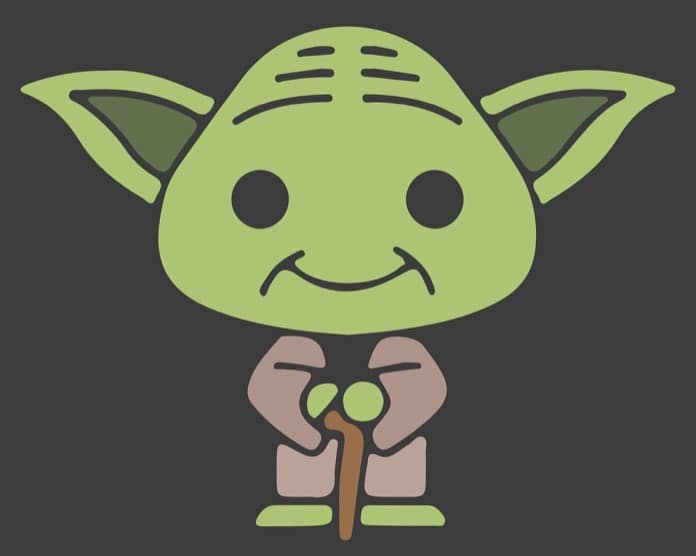 On one side I have all the role models I admire. All these great guys who are achievers and have done some great things with their lives. Most of the times what they preach is right and they possess an extraordinary mindset.

On the other side, I am surrounded by average people, who like me, have swallowed the blue pill of mediocrity and most of the times, their beliefs make me wanna puke.

I always try to remember that maintaining rapport with them is a very basic social skill, every successful man has to possess. So I’m gonna tell you the exact same thing here. Average (beta) people are absolutely necessary and you have to learn to co-exist with them – but not for prolonged periods.

The more you hang out with the *wrong* mindset type of people, the more your belief system will be poisoned with averageness.

Unfortunately (for you) there is not much to be done while you are a kid. Most of your decisions will be taken by your folks, who most likely are only normal people.

By the time you become a teenager, then it’s the time to put your foot down and make up your mind. You either live and die an average guy, or you bust your balls, you give your 100%, and you live and die an achiever.

You don’t have to settle for mediocrity. You haven’t signed a contract, you know? You just made a very strong and very bad (admittedly) subconscious deal with your family and society when you were born.

So what? Screw that deal. You were only a kid, you didn’t know what you signed for anyways.

Stand up and say to yourself, I am not going to die an average guy. I want to make an impact in this world. I don’t want to be another invisible ant, someone stepped on because I wasn’t big enough for him to see me.

I want to matter!

I know what I am saying is actually hard to implement. How is someone supposed to know if he is affected by the law of averageness or not?

Well, the quick answer is that you are.

No doubt about it, I bet my money on that. But in case you have doubts and you wanna bet as well, please take some time and read these 5 books. If what’s written in these books is aligned to your reality then you either: (A) should be very successful, or (B) you know what success is and you fight day by day to get there.

In case your reality includes paradigms of (A) formal education, (B) linear thinking and (C) reactiveness, then you have a hard bumpy road ahead.

Fortunately (for me and a few other people), I was *lucky* enough to meet some people that helped me take the red pill, and face the truth as it is. Once you take the pill, there is no turning back.

In order to believe that you can plant a money tree yourself.

You are not him!