It’s been a few times in life that a film can be so inspiring.

Of course, depending on the belief system of each individual, different films can have a different impact.

I recently watched “The Founder, ” and the movie had a profound effect on me.

Besides being an expensive production (est. $7m), this is one of the rare movies that have a lot to teach to young (and old) aspiring entrepreneurs.

Michael Keaton is splendid, very satisfying to watch, and the movie just “flows.”

I would say that The Founder together with a handful of other films, is in my top 5 movies for entrepreneurs, hands down.

Disclaimer: Before I begin with my points, let me disclaim that my opinion is solely based on the film. I haven’t read Ray Kroc’s biography (which I intend to do very soon) or read any other books about the story of McDonald’s.

Short and sweet. These are the lessons I learned from watching The Founder.

These are the lessons, someone can learn by following the story of a company that started as a single barbecue restaurant in 1940 by Richard and Maurice McDonald, and as of April 2017, had more than 36.000 stores with 375.000 employees worldwide, and a market cap of 122 billion dollars.

This could very well be all. Nothing more is really needed, but the blog owner (that is the rational part of my brain), told me to throw a few extra words just in case the title isn’t self-explanatory enough.

My fucking god. For 53 years, this guy was trying to sell all kinds of things. He was a phenomenal seller, yet he was trying to make it with the “wrong” products.

Finally, Kroc found employment as a milkshake mixer salesman for Prince Castle. When Prince Castle Multi-Mixer sales plummeted because of competition, Kroc took note of the McDonald brothers who had purchased eight of his Multi-Mixers. Immediately after visiting the San Bernardino, California store in 1955, Kroc was convinced that the setup of this small store had the potential to explode across the nation. He offered his services to the McDonald brothers, who were reluctantly looking for a new franchising agent following the departure of agent Bill Tansey due to health issues.

Throughout the movie, we tend to see a few more instances of Kroc never giving up. He got rejected countless times for all sorts of things. Before and after his involvement with McDonald’s.

He must have been one of the most persistent mother fuckers on earth. Just think about it. He was literally trying to overcome all of these obstacles for his whole life. I can’t think of many people who would pass through all these hardships for 53 plus years and come out victorious.

I could sum up the whole thing in a single word.

The stuff champions are made from.

I can’t really comment how much of that he had inherited, but I can tell you that the guy was obsessed with it. Take a closer look at the scene where he gets in his motel room, and he listens to motivational vinyl records.

This scene alone encapsulates the whole essence of perseverance.

Another major characteristic of his was that he never gave up on any opportunity. If there were a chance to hit it big, he would try it.

Contrary to average people’s belief who think you should find a job or a business and stick with it until you die, Kroc had a different plan.

Let me re-phrase the above way of thinking to bring it closer to his.

You could stick to a business until you die only if it works out the way you intend it to be.

So what this really mean is, that until you find the business or the opportunity that will be a hit, you’re entitled to try as many different things as you want.

But be careful because there’s a catch here. Your time on this earth is finite. Each new try will cost you from a few months to a few years, so the more educated your tryout is, the better off you are.

The boss should work harder

McDonald brothers had tremendous problems when they tried to start franchising the chain. Each store had adopted each own policy and way of doing things. They were even selling completely unrelated products.

The whole notion of McDonald’s (and every other franchise for that matter), is to offer to the customer the same uniform experience in every store he/she visits. It doesn’t matter if the restaurant is located in New York, California or Tokio.

When someone enters a McDonald’s store, he should eat the exact same burger and french fries.

Their first attempt to franchise failed because of this. What Kroc did differently was that he was personally responsible for keeping this uniformity across all new stores.

He worked day and night in his first store making sure that everything is 100% as it was supposed to be – two pickles per burger for example :p 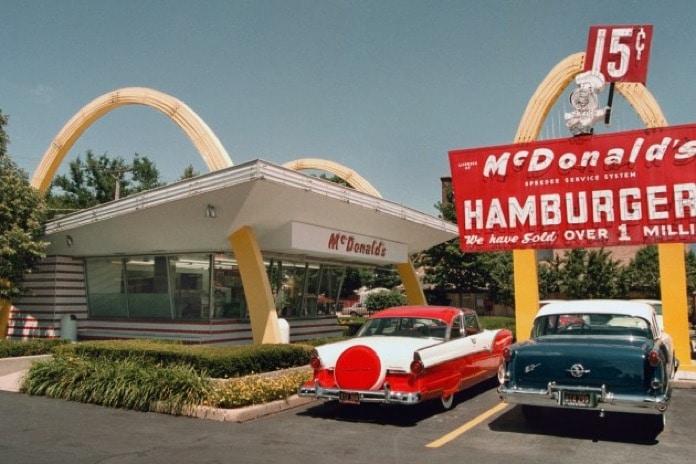 Besides that, he also made sure, that every new franchisee would obey to these rules. He was choosing his franchisees based on specific criteria, and he was regularly visited different stores to make sure everything worked okay.

He was taking operational guidelines very seriously, and he wouldn’t tolerate any deviations from the preset standards.

But if you think that’s easy to do, I got bad news for you. The guy was relentless about his success, and he wouldn’t take no for an answer. He strived to make sure his chain would be a model for the generations to follow – and he sure made it.

Surround yourself with the right people

But no matter how talented someone is, he can’t do all by himself.

Throughout the movie, we see times and again, that Kroc got help from many talented individuals.

He tried to surround himself with experienced people that would push him ahead. Whether they were financial advisors, business associates, bankers, or even his own wife.

All these people served their purpose for an empire to be built. No matter how cruel or heartless he was, Kroc was always trying to make the correct decisions about his social circle.

Even his last spouse wasn’t an exception to that rule. I’m not sure what’s the reasoning behind his decision but taken from the movie, I’d bet he made his choice based on both her looks (it only makes sense) and her support for him growing his business.

The takeaway lesson here is this: Shape your social circle that way to push you towards success. You need people around you that will help you become a better person, not a worse.

Make any sacrifices necessary. There’s no place for sentimentalities here. You need only the people who advance you, the rest is dead weight.

Screwing people can work (but don’t do it)

Ray Kroc was rather relentless when it came to business. He was quoted saying that: “If any of my competitors were drowning, I’d stick a hose in their mouth and turn on the water.”

So the last point on my list is a rather controversial one.

As the film shows, in his final deal for purchasing the McDonald’s brand, Kroc besides the formal points of the contract, he also made an informal (verbal) deal with the McDonald brothers.

He “promised” the McDonald brothers they would keep their 0.5% in royalties they already have, but they would have to hold it off the official deal and the only shook hand on it.

Ray Kroc doesn’t mention anything about it in his biography, but Ronald McDonald said: “It was just Ray’s way of getting out of his agreement. He had to find a way out.” 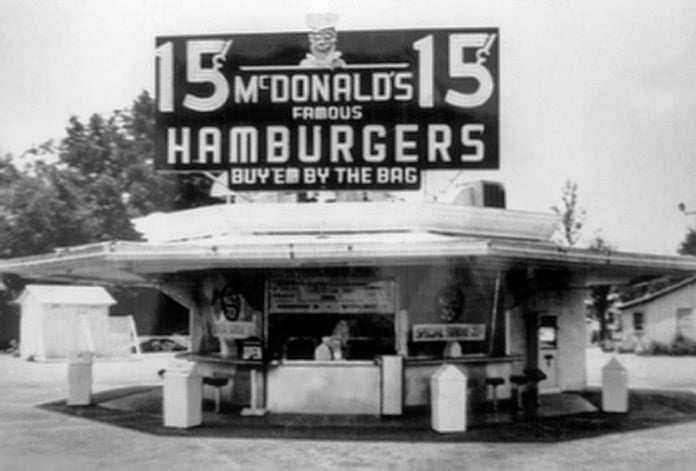 In case Ronald’s saying is true, then this looks like pure greediness at first. But to be completely honest none really knows the exact details or the whole picture.

If you ask me, I wouldn’t sweat over 0.5% of a multi-billion dollar royalty even if it would worth many millions by today’s money.

Like I said before, I don’t consider such moves evil or immoral, but simply not sustainable.

I don’t really see the reason why ruin trust with other people, especially coming from a place of abundance.

I’m not the founder of McDonald’s. Am I?